Sanjay Gandhi GOVT.. College, Piler, Chittoor (Dt.) is striving to reach greater realm in the field of Higher Education ever since its inception i.e. 1980. The untiring efforts of Moghul Shaifullah Baig, the then Honorable Chairman, Rayalaseema Planning and Development Committee and a host of prominent local citizens of Piler town resulted in starting the college under the aegis of the Government of Andhra Pradesh. The college was inaugurated by Late Honorable Chief Minster of Andhra Pradesh Dr. M. Chenna Reddy, on the campus of Govt. Junior College, Piler on 22-08-1980.
The new buildings were inaugurated by Sri. B. Gopala Krishna Reddy, the erstwhile Minister of Roads and Buildings on 26-06-1999 and consequently the college was shifted from Govt. Junior College campus to new campus which is 2 K.M. away from Piler town.

This college has been affiliated to Sri Venkateswara University, Tirupati ever since 1980.

The college is situated in a semi-urban area. Majority of students hail from villages, whose parents are mostly illiterates and these students are first generation learners. The meritorious students at the Intermediate level go for professional courses. Only the average, down-trodden and financially poor students seek admission into the degree courses here. Though their level of understanding is low, bridge courses, special coaching classes are conducted at the beginning of the academic year to raise such students to the required level of educational standards.

Despite, the existence of three private colleges in the town and the newly coming up colleges in the surrounding mandals, majority of students seek admission in this college 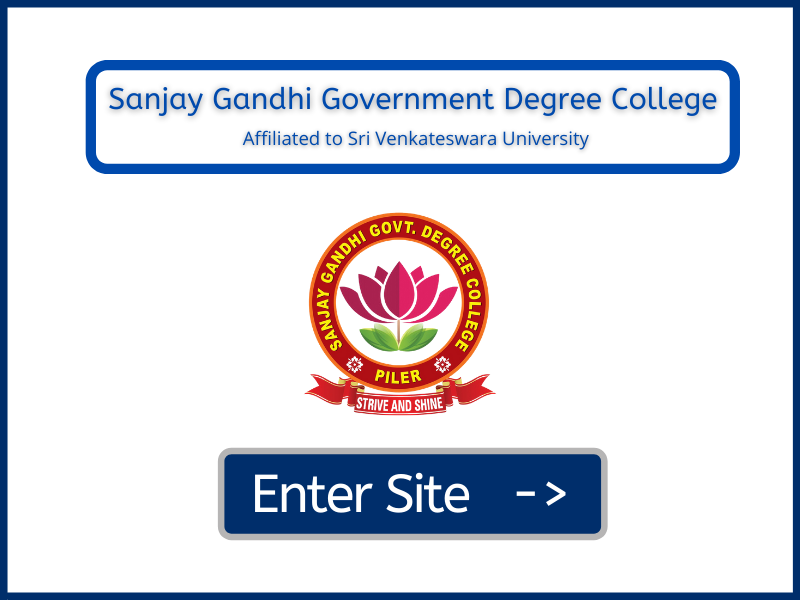